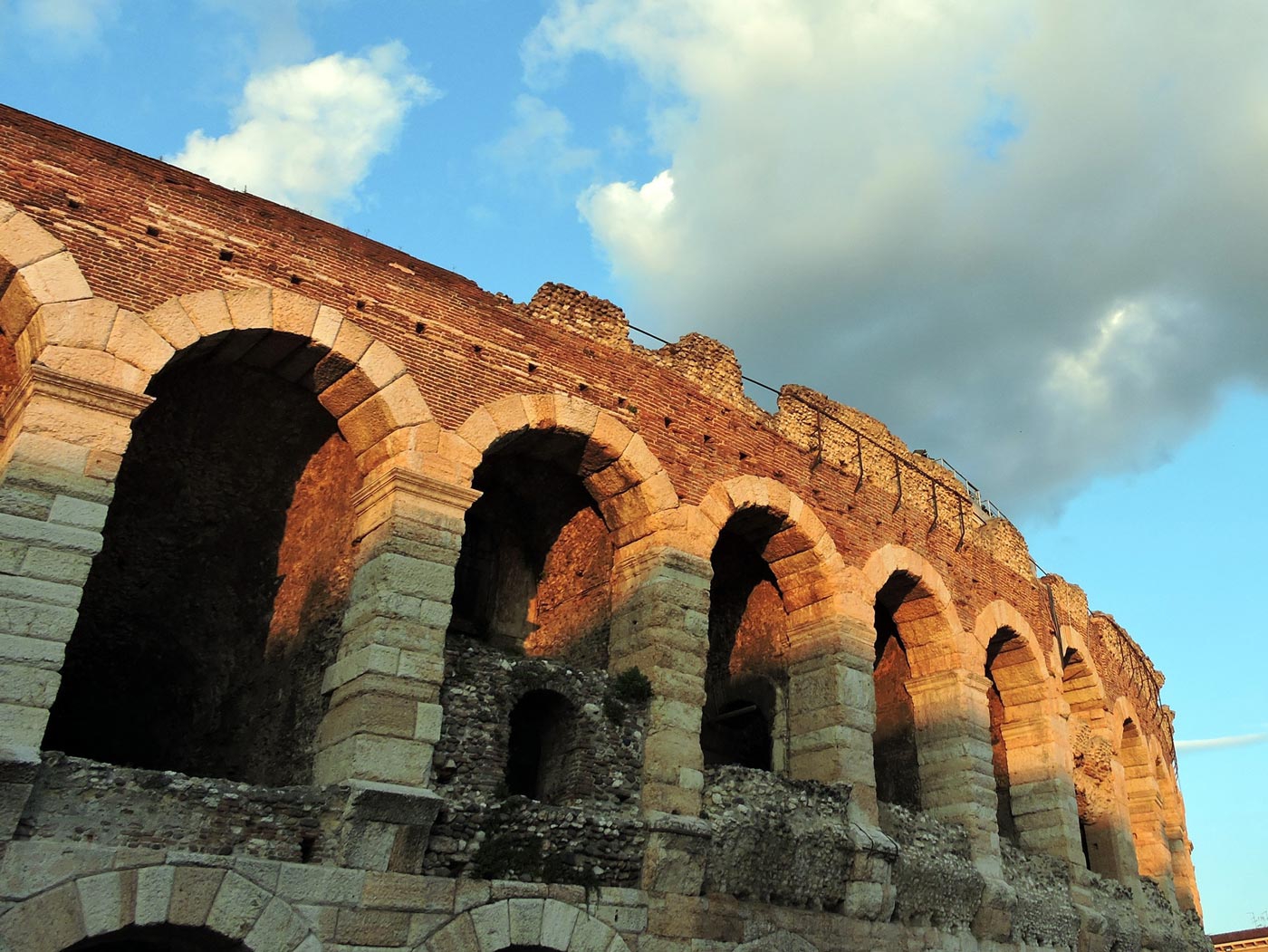 Verona The city was declared a World Heritage Site by UNESCO for its urban structure and its architecture. The first contacts between Rome and Verona are documented around the third century BC Verona has many Roman monuments, all built after the first century BC, when there was the rebuilding of the city in the Adige. The most famous of all, become a symbol of the city itself, is the Arena, the third Roman amphitheater in Italy in size after the Colosseum and the amphitheater of Capua. Still is used to house the famous opera festival Arena, as well as numerous concerts.

What Scala is a positive period for Verona for town planning: in fact it has seen the construction of many buildings and monuments still visible. The old town, (in particular Piazza Erbe, Piazza dei Signori and Piazza San Zeno)

Also thanks to William Shakespeare's Verona is a city now widely known and admired in the world. Many lovers swear prorpio still love in the balcony of the famous story of "Romeo and Juliet" told by Shakespeare.

Cities of Art to Visit

the most important cities of art to visit near Jesolo

To receive periodic information, special offers, subscribe to the newsletter