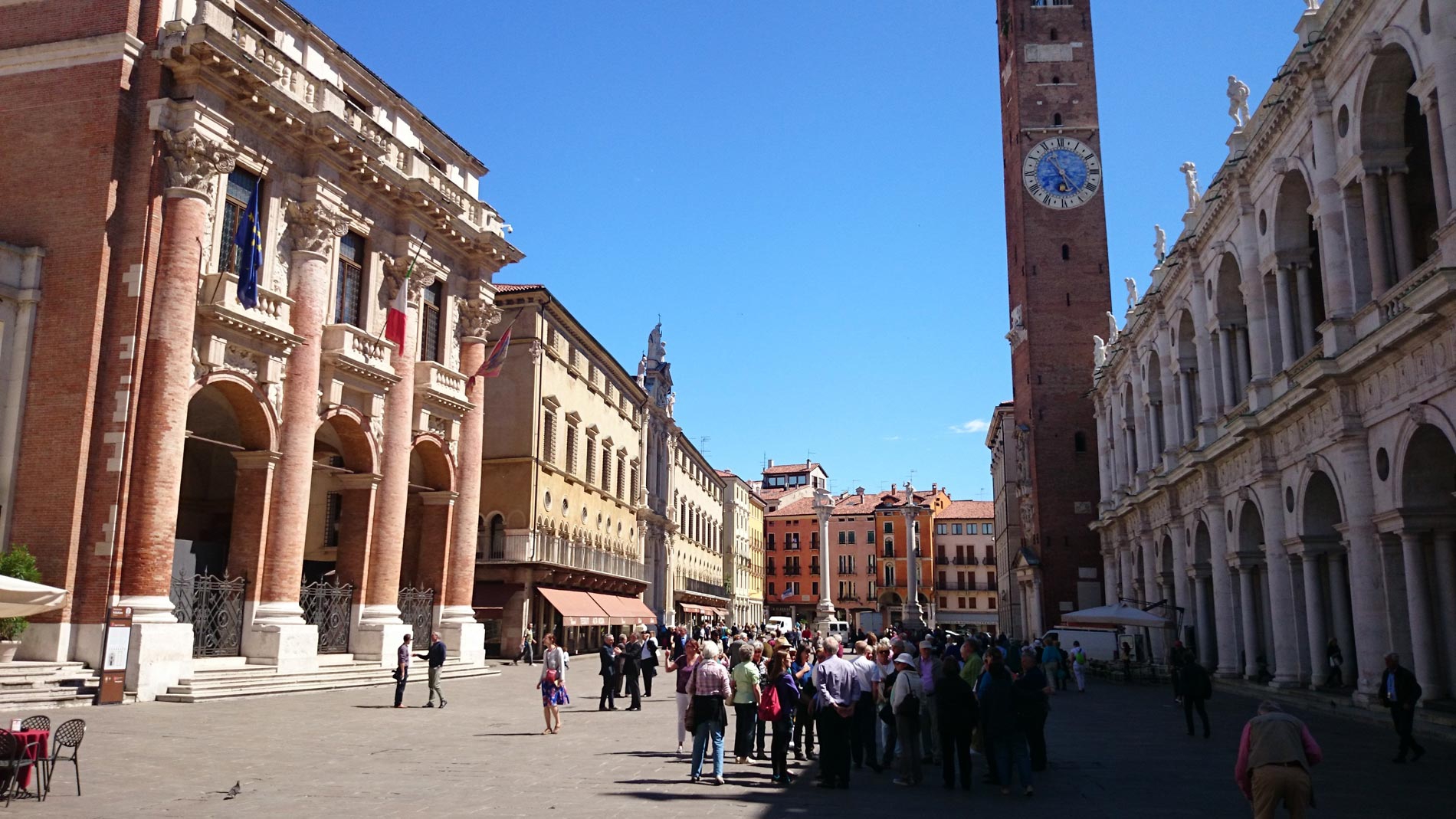 It's known as the city of Palladio who designed much of the late Renaissance architecture and art is a place not only among the most important of the Veneto. It is a destination for cultural tourism with visitors from all over Italy and abroad. Constitutes a unique artistic achievement for the many  contributions of Andrea Palladio's architecture,  the city was incorporated  in 1994, the World Heritage of UNESCO, which is also the Palladian Villas of the Veneto  (since 1996).

The sixteenth century was the great architect of the late Renaissance architect Andrea Palladio. Young man to come from his native Vicenza Padua, Vicenza taken to heart by the patron Gian Giorgio Trissino, who made him study Palladio turned out to be one of the most influential personalities in the history of Western architecture. [10] The many noble families in Vicenza (the Port, the Valmarana, the Thiene, the Trissino to name a few) commissioned Palladio's numerous palaces in the city as well as many villas completely redesigned the set Vicenza. Among the major works the Palladian Basilica in the central Piazza dei Signori, the Teatro Olimpico, Chiericati Palace and Villa Capra Rotunda located just outside the town.

Cities of Art to Visit

the most important cities of art to visit near Jesolo

To receive periodic information, special offers, subscribe to the newsletter